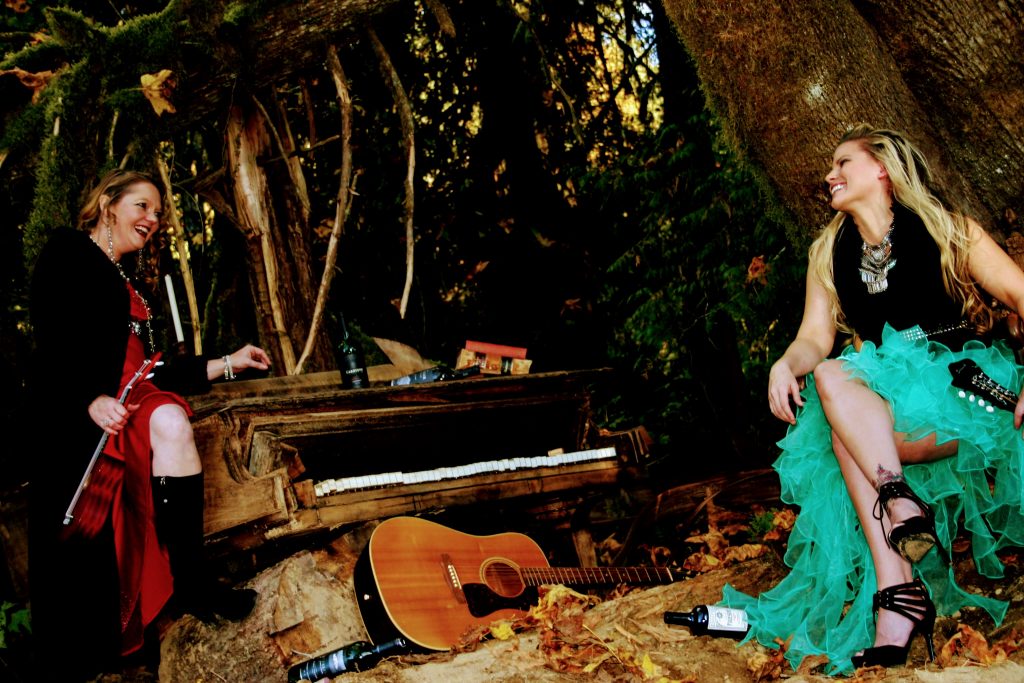 Native of Minnesota, Bobbi moved to Washington after college where she joined Latigo Lace in 2011 where she performs in festivals and casinos all over the state. Later, she formed Sweet Iron Band allowing her to show her skills as a guitar player while showing off her powerful country vocals.

A native of Washington State Alissa Jandt, has been writing and performing music for over 15 years including a multi-year tour with her former band Everyday Jones that took her to colleges and venues all over the United States. Along with strong rock vocals Alissa plays guitar, ukulele, percussion and djembe.

This all female multi-talented duo are a perfect addition to any live music event catering to music lovers of all ages and styles.

For festivals and private parties, Derringer Darlings is available as a trio adding the mandolin, lead guitar, and vocal talents of John Fagan to the lineup.